The moment you see the title, your temper level hits the bottom as it always does to me. This was one of those issues which makes me go nuts and mostly kills my time though the solution to this was pretty simpler with an update. Nevertheless, as IT fellows; with the work pressure we have and the issues that we try to resolve on a daily basis, it is nearly difficult to spend time while leaving other things on pending; thus has to be managed somehow. Neither I could find a proper solution earlier nor I had any idea as to what’s going on. The reason is because (a) I didn’t had much of a time to invest and learn Exchange and (b) a very little knowledge that I had in Exchange. 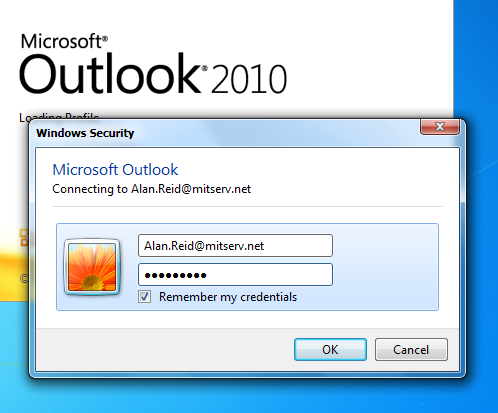 Furtunately, I had to later configure and migrate certain users from their POP/SMTP mail box to Exchange Online (a.k.a Office365) which is basically a hosted mail service offered by Misrosoft itself. This was for very few users as I’ve mentioned, but had to do retaining the others as is. Which means the service will basically be doing forwarding and relaying vice versa between the existing mail provider and Exchange. This is pretty common these days but trust me, doing such a migration for heavy users who has a personal mail folder  (known as PST) about 20GB and above is a pain and requires patience; moreover a stable/speedy internet connection. Otherwise, its going to be forever updating. I will try to cover how you do this configuration on another post.

Why we have chosen Exchange over others is because of the features compared to the rest. None of the providers offering the features that an Exchange offers. Exchange is an absolute life saver with its ActiveSync feature which does its syncing across all the configured devices leaving to sync mail, calendar, contacts… etc. Exchange commonly creates an OST upon configuring the exchange account where users gets the option to either have a copy of mail cached offline or just leave it online. Most cases, its offline cached for ease with indexing, contacts.. etc.

Also, Microsoft consider its security strictly as it offers a password expirty. This means that each Exchange user will be forced to change their passwords every 90 days and this is a commonly available feature in AD, Exchange… etc. Whatsoever, I have ran through a problem updating passwords with some users. This doesn’t happen when you create the account initially but had happened when updating the changed password. There were plenty of issues posted over the net but they all are relating though it didn’t solve my problem. Then I found “Outlook continually prompts for password connecting to Office 365” from the official Microsoft support which gave me an idea as to what the problem could be. But this specifically says about continuous prompt requesting for credentials but in my case, it was always prompting soon after a password change from its expirity. Also, this was only for very few PC’s which left me in the dark. I’ve even tried clearing the stored details from Windows credentials which didn’t workout.

Aftewards, when I started troubleshooting using the link I found, it didn’t work out too as I couldn’t find the option that was mentioned. Later, I started searching for  what is missing  via “Office 365 manual setup for Outlook 2010 on XP – Anonymous Authentication is not an option in Logon Network Security“. I also figured out that the effected system has not done any updates for quite sometime or the require update to fix this particular issue wasn’t available. Exactly the same typo on other PC’s which had the same issue. Accordingly, I downloaded the “Update for Microsoft Outlook 2010 (KB2553248) 32-Bit Edition“ and patched it through, then changed the setting as seen below. 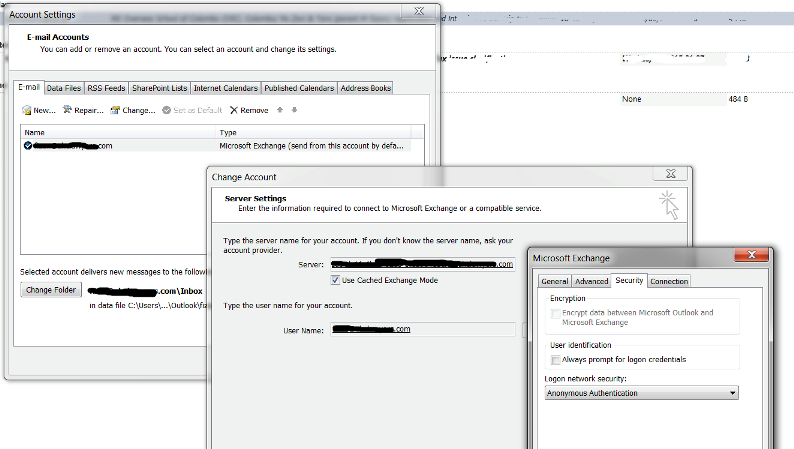 Note: Close the Outlook and go to mail settings using control panel, edit the profile fine the mail account and then change the settings. Once done, open Outlook and when prompter for password, enter it. That’s it! You shoul have your Outlook working as usual connected to Exchange.

What’s on My iPhone: Get a personal look at my iPhone 6