Nexus 5, one of the most awaiting phone to be released by its manufacturer Google. After Google accidentally leaked shots of a new handset last month, images of its rumoured Nexus 5 phone have made an appearance on official Play store.

Android Police managed to capture the Nexus 5 image from Google’s own server though the link now gives an error. Below is a screen view of the new Nexus 5 (device itself will be named as). Surprisingly we can slightly see the new upcoming device with Android KitKat operating system. New modified icon for phone, camera & Gmail (though its not clear). 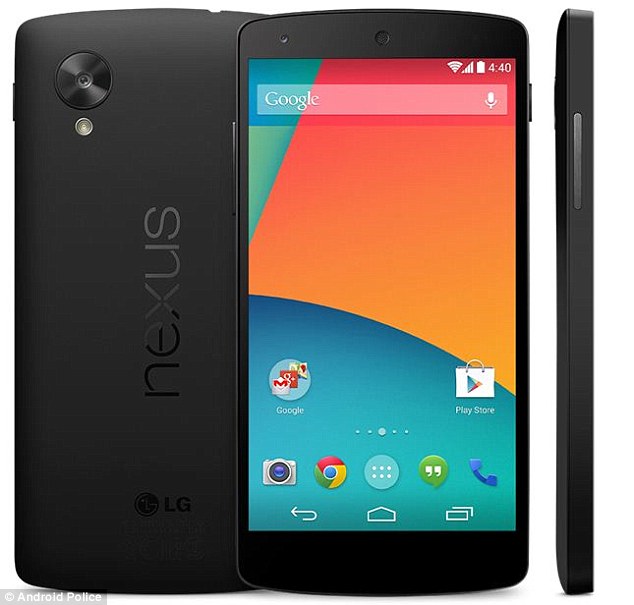 As per The Next Web, they’ve managed to take some screen-shots of the play store which you can view it here.