My experience with TweetupSL, explained in few words… (by @azkerm)

Finally, We just blew-up the party at TweetupSL yesterday. While I was talking about this with my friends & they respond like “”Tweet-a… what???.. where the heck you got this T-shirt from..?? this is so cool man.. can I get one…””

I’m like, dude “It’s TweetupSL” & yeah! I got it there for the participation…. I’d shout for “TweetupSL”, saying Oh! My god… I’ve never had such a terrific entertainment and glorious moment to meet/interact with most of lankan tweeps in real time apart from twitter feeds…

One of the best thing which gave me a shock & to say; “OMFG!! am I dreaming or is it real!!”… it all happened by looking at Rashid A. (@radzad)’s cakester (more I could say the TweetupSL 2 cake design). 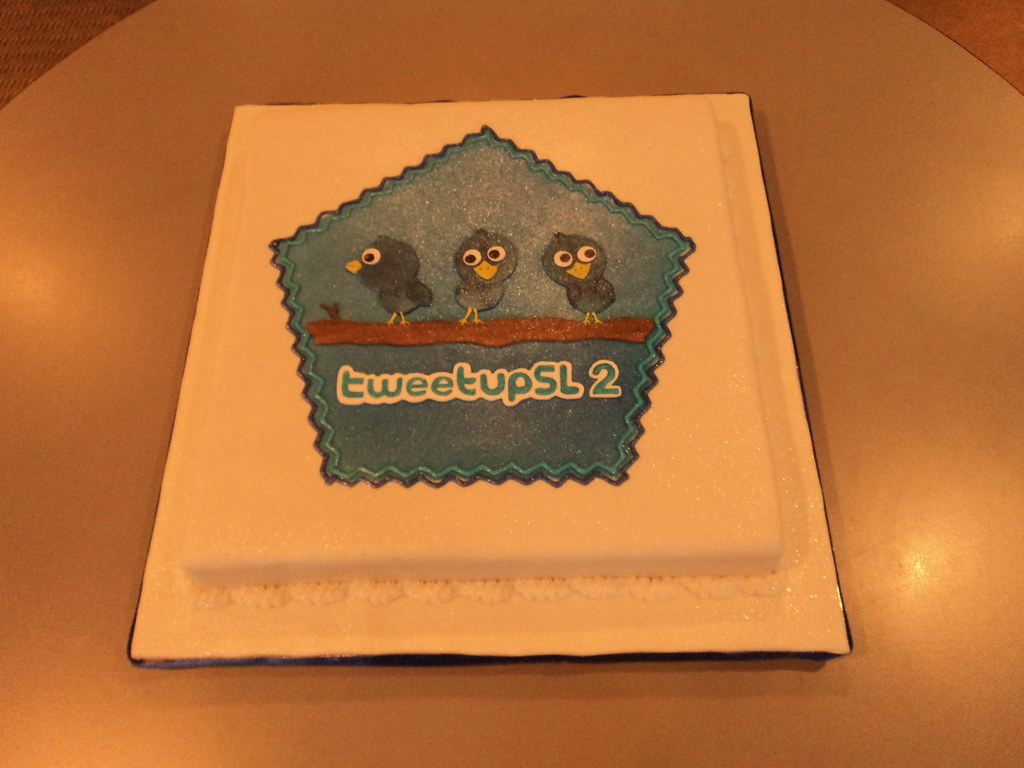 And I would like to thank Murshid for his contribution. See, what he says in his blog; 😉

Original post by Murshid at ‘Coffee with Muru’ is here!

That is what I said when I got out of the Dialog Future World! The second #TweetupSL happened on 27.08.2011 which was last night. An event where all the Sri Lankan Tweeps get together and blabber. This event was partnered by Dialog Axiata PLC (@dialoglk), Perera and Sons (@PereraAndSons), Kiss fm (@KISS898), CocoVeranda (@cocoveranda), Gihan Book Shop (@gbslk) and ITN (@ITNsl).

Some special things about this TweetupSL is that you wont be meeting any strangers. All the people you meet would be a person who is already known to you in virtual world somehow. So it wasn’t a big deal talking to new people here. Almost 300 Tweeps were there. They said it is increased in numbers, the attendees amount. Some rumored ‘May be that is because of the Free T-shirt’. Before ‘lol’ing about that comment, we should give a big hand to the partners who made this T-shirts. Actually they were customized according each Tweep. So, their Twitter handle was printed at the back of each Tweep’s T-shirt with QR code. The hidden thing behind this QR code was the link of their Twitter profiles. Well, at this event only people didn’t mind me staring at their back and taking the photographs of their back one again. To be frank they preferred showing their back instead of their faces.

Oh yeah, the refreshment. It was yummy. Nope, yummiest I should say. Credits to CocoVeranda. When I got home had to run into the toilet cuz of of the mixed drink I came with that juice and the ice coffee. :s

All the beautiful angels, mmm, Ladies were invited with beautiful roses. Another most important moment in my life was Sajith gave a rose, and it smelled horrible

Some special awards were there, such as, Tweetaholic, Mr. Tweep, Ms. Tweep, Most informative Tweep, Tech Tweep and all. All together the event was cool. I was like trying to write more about this. But I prefer experiencing it next time than reading this stupid post. So guys don’t ever miss TweetupSL 3 which will be hopefully next year. If you missed it, you will lose your half of the lifetime.

Ah, by the way forgot to mention, The presenter (@HalikAzeez) of TweetupSL was SEXY! 😀

I got a rose from Sajith  (@Murshid & @neosajith)

QR codes as we’ve tried to explode at the end… guess who??

The Sofa Gang — Hmm, yeah! no the mafias though